In Dhaka city we have large number of Microbus for rent. The noah micro bus is 7 seated but it is 8 seated with driver. Seven persons can easily seated in the noah micro. Four your luxurious family journey you can hire it. 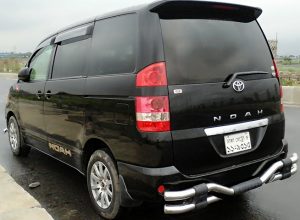 When you need please let us inform because we have a number of noah micro bus stand by. Our rental rate is lower than other rent a car company in Dhaka. 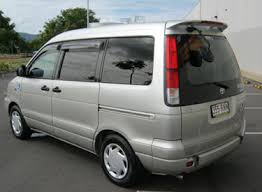 It has different models which are as below:

Please let us inform that which mode you need for rent. Depend on models the rent will be varied.

Customer satisfaction is our main dream.

The Noah’s 154 hp engine takes 9.8 seconds to reach 100 km/h (60 mph) up to a top speed of 175 km/h. Its sales in Japan are enhanced by the fact that the exterior dimensions are in compliance with the Japanese Governments dimension regulations for vehicles classified as compact, and the engine displacement is kept at 2000cc so as to keep the annual road tax obligation affordable for private purchase.

First launched in November 2001, it is positioned below the Estima and Alphard, and above the Sienta. Its main competitors are the Honda StepWGN, Mazda Biante and the Nissan Serena.